What is Existential Psychotherapy? Everything You Should Know

Existential psychotherapy is a unique form of therapy that seeks to explore difficulties from a philosophical perspective. Focusing on the human condition as a whole, existential therapy highlights our capabilities and encourages us to take responsibility for our successes.

Emotional and psychological difficulties are seen as an inner conflict caused by the individual’s confrontation with what is given in existence. Rather than delving into the past, the existential approach focuses on the here and now, exploring the human condition as a whole and what it means to the individual.

A Brief History of Existential Psychotherapy

Existential therapy developed from the philosophies of Friedrich Nietzsche and Soren Kierkegaard. As one of the first existential philosophers, Kierkegaard theorized that human discontent could only be overcome through inner wisdom. Later, Nietzsche developed the theory of existentialism using concepts such as the will to power and personal responsibility

In the early 20th century, philosophers such as Martin Heidegger and Jean-Paul Sartre began to explore the role of inquiry and interpretation in the healing process. In the decades that followed, other contemporaries began to recognize the importance of experience in relation to understanding as a method for achieving psychological well-being and balance.

Otto Rank was one of the first existential therapists to actively engage in this discipline, and in the mid-twentieth century, psychologists Paul Tillich and Rollo May introduced existential therapy into the mainstream through their writings and teachings, as did Irvin Yalom after them. This popular approach began to influence other theories, such as logotherapy, developed by Viktor Frankl, and humanistic psychology

At the same time, British philosophers expanded existentialism with the founding of the Philadelphia Association, an organization dedicated to helping people manage their mental health problems with experiential therapies. Other institutions that embody the theory of existentialism are the Society for Existential Analysis, founded in 1988, and the International Community of Existential Counselors, created in 2006.

how does existential therapy work?

A key element of existential counseling is that it does not emphasize past events like other types of therapy. The approach does take the past into account and, together, the therapist and the individual can understand the implications of past events.

However, instead of blaming past events, existential counseling uses them as insight, becoming a tool to promote freedom and assertiveness. Realizing that one is not defined by one’s history and is not destined to have a certain future is often a breakthrough that offers liberation.

A belief that lies at the heart of existential counseling is that, although human beings are essentially alone in the world, they long to be connected to others. This belief can help explain why certain concerns arise and can help the individual understand why he or she feels this way at times.

Another interesting theory is that inner conflict arises from the individual’s confrontation with the facts of existence. These facts were pointed out by the influential psychotherapist Irvin D. Yalom, and include

Confrontation with any of the above conditions, or with the facts, fills the individual with a type of fear commonly known as existential anxiety. This anxiety is believed to reduce a person’s physical, psychological, social and spiritual awareness, which can have significant long-term consequences.

For example, the fact that each of us and each of our loved ones must die at some unknown time can be a source of deep anxiety for us, and this can tempt us to ignore the reality and necessity of death in human existence. However, by reducing our awareness of death, we may not make decisions that can actually safeguard or even enrich our lives

At the other end of the spectrum, people who are overly aware that death is inevitable may be driven into a state of neurosis or psychosis.

The key, according to existential psychotherapy, is to strike a balance between being aware of death without being overwhelmed by it. People who maintain a healthy balance in this way are motivated to make decisions that can have a positive impact on their lives, as well as those of their loved ones

Although these people may not know how their decisions will turn out, they appreciate the need to act while they can. In essence, the reality of death encourages us to make the most of opportunities and to treasure the things we have.

Like death, the threat of isolation, the perceived meaninglessness of life, and the heavy responsibility of making life-changing decisions can be a source of acute existential anxiety. According to existential therapy theories, how a person processes these internal conflicts, and the decisions he or she makes as a result, will ultimately determine that person’s present and future circumstances.

This form of therapy is based on the belief that one faces certain things in life. Unfortunately, these experiences provoke an inner conflict in you, as they seem to go against your inherent human existence. Existential therapy recognizes four major existential aspects mentioned above.

According to this approach, you are free to choose among many alternatives. This leaves you enough room to take responsibility for your actions, your life and any failure to act.

If you are always in the habit of blaming other people for your problems, a therapist using this approach will help you see things from a different perspective. It will make you recognize how your actions have led you to the situation you are in and how you let others decide for you. You will also be able to see the price you pay for doing so.

The solution is to help you see the different options you have in each situation. Trust yourself to look within and find the answers you need. You will discover how you have lost touch with your identity and instead let others design your life.

Existential therapy proposes that the thought of death motivates you to live your life to the fullest. It pushes you to take every opportunity you have to create something meaningful.

Existential isolation as part of life

This theory suggests that you live in a state of social isolation: your life lacks social relationships with other people and you live alone. You should always strive to give meaning to life by creating a relationship with yourself. Learn to listen to yourself and respect your decisions. Decide how to live with yourself and be firm about it.

During an existential therapy session, the therapist can also encourage you to identify your relationship challenges. They will help you identify what you get out of relationships and understand why you avoid close ones.

The search for meaning

Therapists who use this approach encourage you to ask yourself what you want out of life. You should also identify where you get meaning in your life. This teaches you to trust your ability to find your way of being.

When you commit to creating, loving, building and working, meaning in life will come as a by-product of this commitment. Leading a meaningless life can lead to emptiness and emptiness, also known as existential emptiness.

The four domains of existence

Within existential psychotherapy, there is a description of four different levels of experience and existence that people inevitably deal with. These levels can help people understand the context of their concerns.

It is believed that a person’s orientation to the world and the four realms define his or her reality. There are several names for the four realms within existential therapy, however, the following are perhaps the best known:

This world or realm focuses on the physical. It is the world we share with animals, the world of bodily needs. It is the world that stores desire, relief, sleep/wake cycles and nature. Birth, death and physical feelings/symptoms are also part of this realm.

In the social realm is everything that has to do with relationships. Culture, society and language are here, as well as work, attitudes toward authority, race and family. Emotions, friendships and romantic relationships are also part of the social world.

The personal realm deals with issues related to the self. This includes intimacy (with self and others), identity, personal characteristics, and general sense of self. Personal strengths and weaknesses are also important, as well as the issue of being authentic.

The realm of creation

The last domain is considered our “ideal” world. It includes religion, values, beliefs and transformation. It is the dimension in which we give meaning to our lives and is considered the realm of transcendence.

how can existential psychotherapy help?

One of the main goals of existential therapy is to help people face the anxieties of life and to embrace the freedom of choice that human beings have, taking full responsibility for these choices in doing so

Existential therapists seek to help people live more authentically and worry less about superficiality. They also encourage clients to take ownership of their lives, to find meaning and to live fully in the present.

Individuals who are interested in self-examination and who see their concerns as life problems rather than symptoms of psychiatric illness are more likely to benefit from this approach. Existential therapy is also appropriate for those facing existence issues, for example, those with a terminal illness, those contemplating suicide, or even those going through a life transition.

By working with a qualified and experienced existential psychotherapist, in addition to treating specific mental health problems, you can benefit from a greater sense of self-awareness self-understanding, self-motivation and self-esteem.

Existential psychotherapy, like other types of therapy, can be misunderstood by people who do not have a thorough understanding of the fundamental principles or scope of the associated theories. It can be helpful to develop awareness of the principles, theories, and data before and during participation in treatment.

Common misperceptions of existential psychotherapy include the following beliefs:

Because existential psychotherapy focuses on the underlying factors of perceived behavioral and mental health problems, an existential approach may not directly address the core problem experienced by a person in treatment

As such, existential therapy, which is quite adaptive, is often used in conjunction with other treatment approaches. Combining approaches can help maximize the effectiveness of both and promote greater recovery

In addition, the deep and penetrating approach used in existential psychotherapy may not appeal to people who do not wish to explore their intrapsychic processes or who are only interested in finding a quick solution to their mental health problems.

Psychologist and constant learner of the mind and soul.

previousBeing more self-aware Why is it so important?
nextWhat is the Hakomi Method? Discover this Therapy

The Most Famous Experiments in Psychology

The field of psychology is a very broad field composed of many smaller specialty areas. Each of these specialty areas has been bolstered over the… Read More »The Most Famous Experiments in Psychology 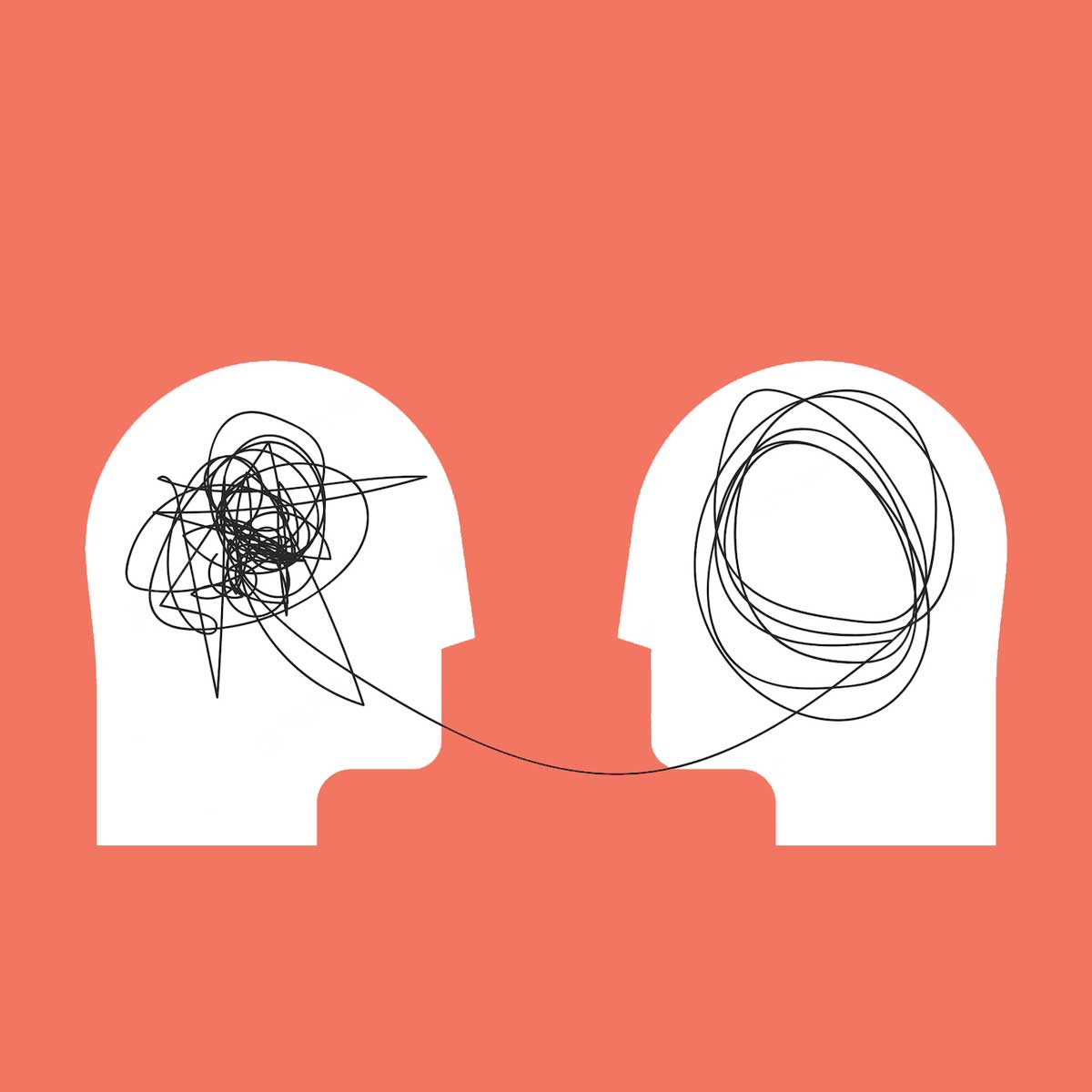 What is psychotherapy? Everything You Need to Know

Psychotherapy is a general term used to describe the process of treating psychological disorders and mental distress through the use of verbal and psychological techniques.… Read More »What is psychotherapy? Everything You Need to Know

Personality disorders are a group of 10 mental health conditions that involve enduring and disturbing patterns of thinking, behavior, mood, and relating to others. People… Read More »Personality Disorders. Definition, Types and Characteristics